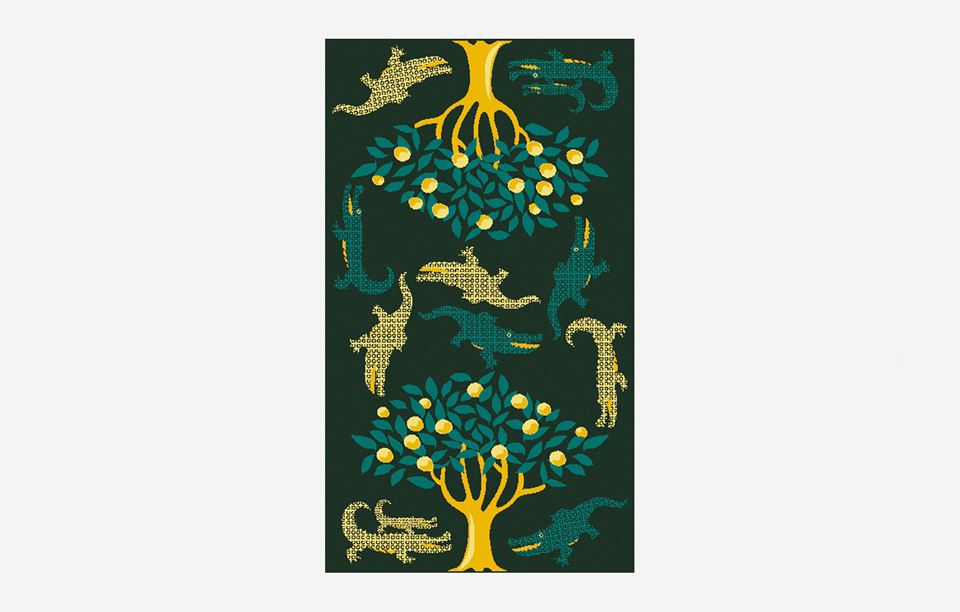 Creation Project, by Recruit Holdings, Co., Ltd., is an annual charity project exhibition which began in 1990 for conveying the fun of art and design to the general public. At every event, many creators submit their designs based on a single theme, which are exhibited and sold at ‘Creation Gallery G8’ and ‘Guardian Garden’ owned by Recruit in Ginza, and proceeds are donated to charity. Since the Great East Japan Earthquake in 2011, the event has been mainly supporting craftsmen and businesses in the disaster-struck regions, and in 2015, 177 creators and a knitwear manufacturer in Date City, Fukushima Prefecture, joined forces to hold the ‘Date Knitting’ exhibition. On the condition that up to 4 colours of embroidery threads can be used, Mi E Ru Ishikawa designed a blanket with a motif depicting a family of crocodiles and mandarin orange trees, to symbolise ‘family ties and life force’.